Help-Portrait at an Old Age Home in Kolkata (2013)

By the middle of 2013, we had done multiple Help-Portrait, Kolkata sessions across many NGO’s, schools and even one bang in the middle of a village, located about 6 hours away the city. Although we had covered several locations, our subjects were primarily kids and their mothers and in some cases a handful of adult men. We felt it was high time that we brought the gift of a photograph to the elderly. For this purpose, Help-Portrait, Kolkata collaborated with the Rotaract Club Of Calcutta Mega City (RID 3291) to pay a visit to the All Bengal Women’s Association and  chose the occasion of World Photography Day (2013) on the 19th of August to celebrate this cause.

The West Bengal Women’s Union was started in the 1932, when a group of women in West Bengal formed a cadre of like-minded women to help their helpless, exploited and victimised fellow women. The genesis of the group lied in the fact that trafficking in women and children had increased to an unprecedented extent in West Bengal and the Calcutta area and this NGO was an attempt to address the problem. 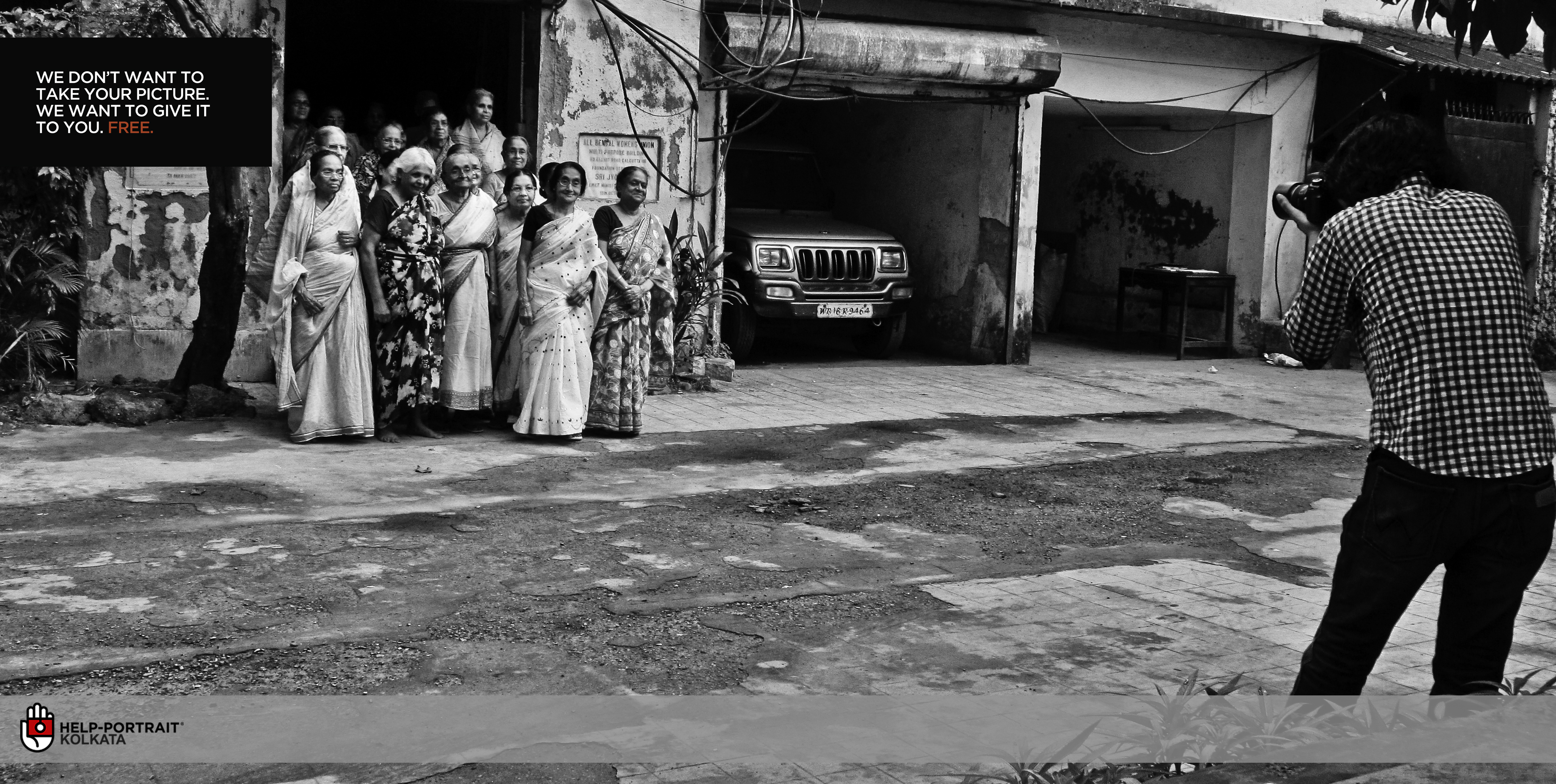 There were about 30 ladies aged between 60-80 years residing at this place and each of them had a story to tell. From tales of pre-independence to stories from how life used to be half a dozen decades earlier; it was nostalgia at is glorious best. The Home had two separate wings or sections – one in the ground floor and another one in the first floor which housed the ladies who were suffering from chronic health issues and were thus mostly restricted to their beds.

We photographed the ladies right outside the entrance of the facility, to make it slightly convenient for them so that they did not have to walk a long distance. After the solo portraits were over, came the turn to photograph them in pairs and groups. This is always an interesting part of the experience as you get to see the dynamics of “who wants to get shot with whom” interplay! There were  obviously smaller groups of friends amongst the larger group who wanted to be shot together. Similarly, there were ones who were particularly not too keen to be shot with someone specific. All for reasons rather petty and even a tad funny. Like one lady who was adamant not to appear in a group photo beside another one, because her companion apparently snored a lot at night!  We heard many such cute anecdotes that actually made the experience all the more worth remembering.

The real fun was obviously when we set up the printer inside their ward and got the prints coming out. The ladeis were pretty giddy with excitement and visibly elated. Some said that the last time they got their pictures taken were literally decades back!

Needless to say, it was a hugely satisfying experience to see a bunch of senior ladies radiantly light up for an evening. Although it’s been over a year and a half since we did this session, I can distinctly remember most of their faces and definitely all of their stories. What better way to make meaningful memories than through the gift of a photograph.