Having initiated the Help-Portrait,Kolkata project in December 2012, I had experienced first hand, how truly amazing it felt to give out pictures to absolute strangers and light up a smile on their face. And how much it really meant to them. Most of whom, who might never have had their own photographs before.

Instead of waiting for the official event in December 2013, I decided to do this again sometime earlier. (Eventually ending up doing multiple Help-Portrait, Kolkata sessions throughout the year!) This time though, outside the city of Kolkata. I asked myself, what could have been the most insane place (in India) to hand out some photographs? How about the largest religious gathering of humans on planet Earth? More than 120 million (12 crore) visitors throng to this shrine and gazillion photographers from every conceivable part of the globe converge to document this frenzy, once every four years. To make matters a tad more massive, this was the Maha-Kumbh, an event that happens once every 12 years. Not the smartest choice of location, you’d say! At least that was what I was told by a lot of my photographer friends. I was given all the reasons why I had a very slim chance of pulling this off; from horrid and hilarious anecdotes of violent Naga Sadhus gone berserk to the sheer improbability of the logistics to give out the prints amidst this sea of humanity. Thankfully, I went ahead in-spite of all these well intentioned advice. When in doubt, always listen to your heart. The pictures that follow, the stories that I’ve picked up from some of these absolute strangers and the memories that I’ve made from this once in a lifetime experience are a testament to that fact. 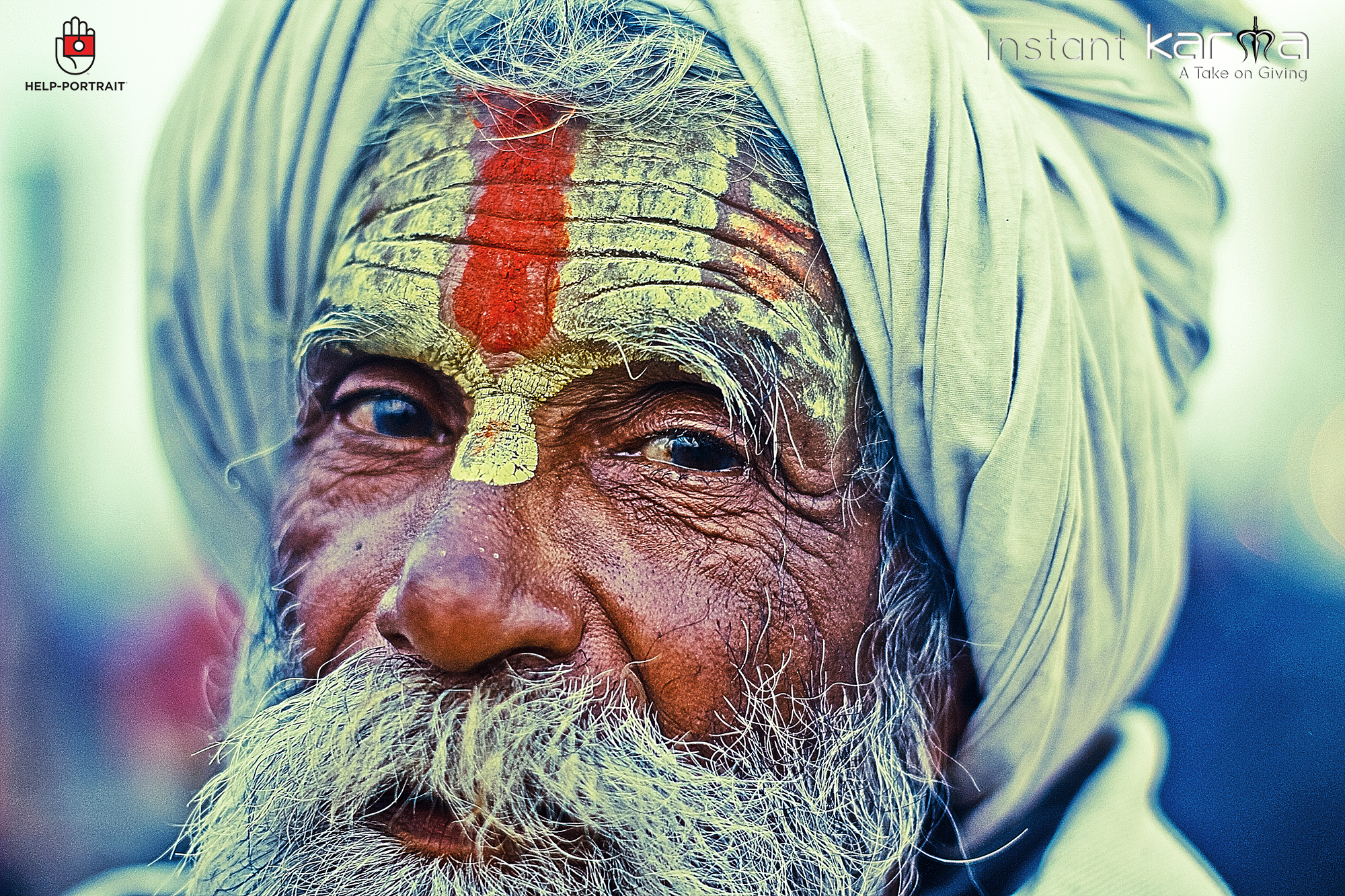 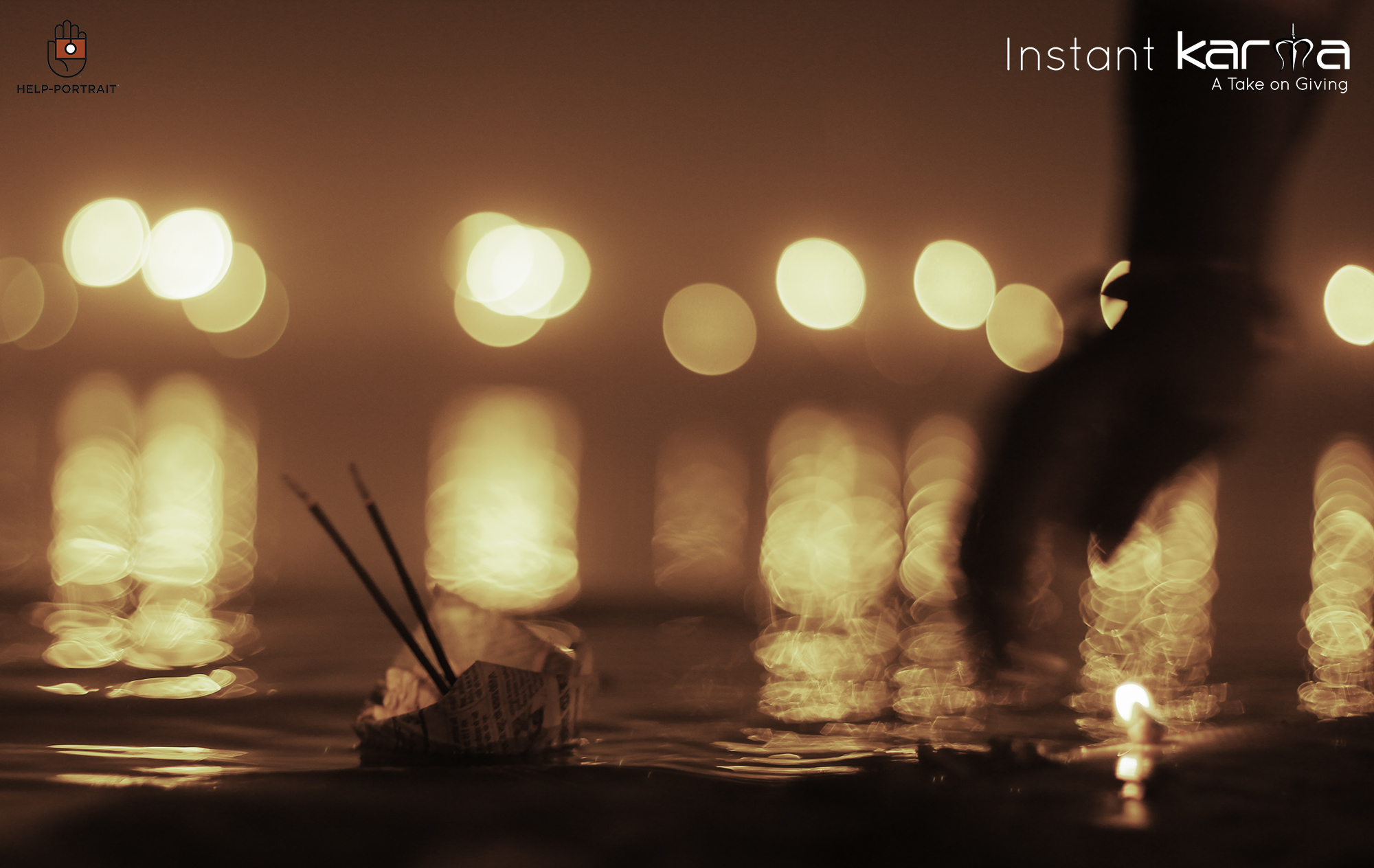 With a heavy dose of luck(and ample preparation) on my side, I was able to successfully pull off the Help-Portrait project at the Maha Kumbh Mela in Allahabad. It so happens that tents of the Sadhus have access to electricity only at dawn till about 5.30am and again from after dusk. This was critical for me as I was relying on external power to get my printer working. Me and a photographer friend of mine, Sandeep, who accompanied me on this trip, shot the Sadhus in the morning and explored the Mela during the day. At dusk, we planned to return to the tents where the Naga’s were residing, set up the printer and give out the portraits. Sounds simple enough. Not quite so in reality! Numerous things (like our timing to get return back from a 5 mile radius walk among crazily crowded devotees and locate the exact same tents!) had to fall in place. Thankfully, they did. 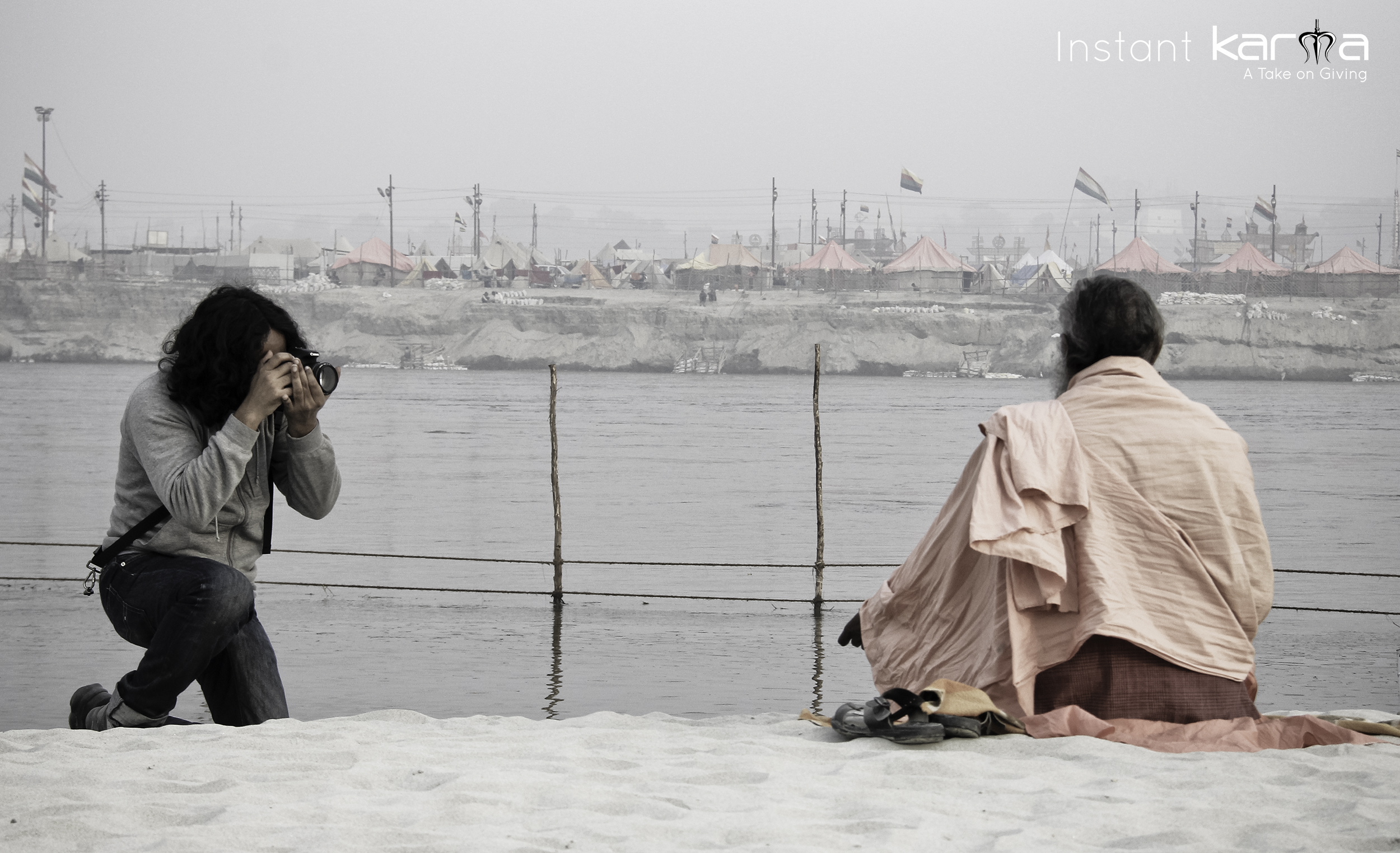 Setting up the printer right inside the Naga Sadhus’ tents and seeing the prints come out of it, (one freaking primary colour at a time and that last glossy layer to protect the photograph!) seemed pretty special indeed. The Sadhus seemed sceptical at first, bemused in the middle and absolutely thrilled by the end. They sure were used to a gazillion lenses shoved up their faces and shot from every imaginable angle. But sadly, never a print handed to them before. That was the whole point of doing this exercise. To break that jinx! And, boy was it broken or what! I got tons of genuine priceless smiles and a couple of bearhugs as well from half naked full throttle Nagas. Hard to beat that. All well that ends well!